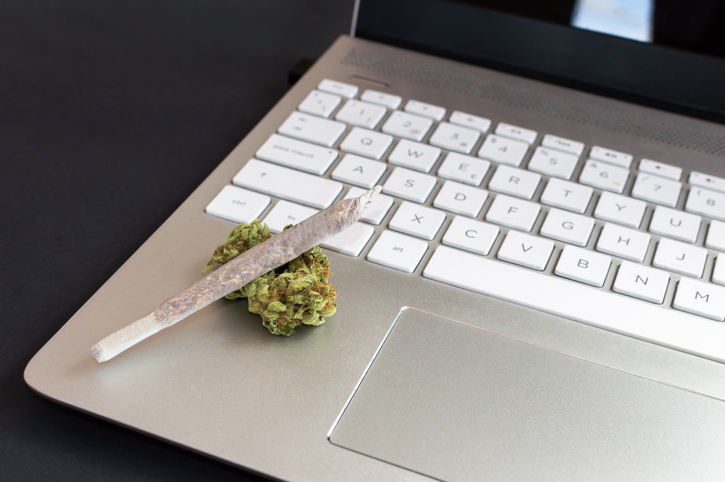 New Jersey, New York and New Mexico recently legalized recreational marijuana use for adults, adding to the many states (Washington, California, Nevada, Maine, and Massachusetts, to name a few) that have already done so.  But what does this mean for employers?  Can employees consume marijuana during work hours? Can they be under the influence at work? Can companies still drug test employees?

Below we discuss recreational marijuana use laws and their impact on certain workplace practices and policies. Please note that employees’ medical use of cannabis may present different issues outside the scope of this article.

While the states’ adult recreational marijuana laws differ in various aspects (e.g., permitted use and/or amount of possession, etc.), they generally do not interfere with an employer’s right to restrict the possession, use or consumption of cannabis at its workplace, and allow employers to prohibit employees from working while being impaired. For instance, Illinois employers are expressly allowed to adopt a reasonable zero tolerance or drug free workplace policies and may take adverse actions (e.g., discipline or discharge) against an employee for violating these policies. New Jersey’s Cannabis Regulatory Enforcement Assistance, and Marketplace Modernization Act (NJCREAMM) similarly does not affect the ability of employers to have policies prohibiting use of cannabis during work hours. Under New York’s new Marijuana Regulation and Taxation Act (the “MRT Act”), which, among other things, modifies the state’s off-duty conduct law to protect an employee’s off-duty use of cannabis, employers are still allowed to restrict marijuana use and possession during work hours, on an employer’s premises and while using an employer’s equipment or other property.

A key issue under recreational marijuana use laws for employers, however, is how to spot which employee(s) might be under the influence of marijuana on the job. In many states, the onus is on employers to observe if an employee appears to be impaired by marijuana at work. For example, under New York’s MRT Act, employers may prohibit and take action if an employee is “impaired” by the use of cannabis while working, which means, among other things, the employee manifests specific articulable symptoms that decrease or lessen the employee’s performance of their duties or tasks of the employee’s job position. In practice, this presents challenges for employers to maintain a drug-free workplace as the law protects employees’ legal use of cannabis (off the employer’s premises) up to the beginning (or after the conclusion) of an employee’s work hours and appears to limit an employer’s ability to take action against employees who may be under the influence while on the job, if the impairment is not outwardly detectable or negatively affecting the employee’s job performance.

In many states that have legalized recreational use, employers generally are allowed to request a current employee to undergo a drug test if they have a reasonable suspicion that the employee was working in an “impaired” state. The determination of reasonable suspicion, however, as mentioned above, is tricky, and states may differ in terms of what factors may support a reasonable suspicion determination (the basis of which generally should be properly documented) and may pose additional requirements. Moreover, states may have different rules on if, and when, a positive marijuana test can be used to discipline an employee, and what steps employers may need to take before they can take adverse employment actions.

States may also impose rules on the drug testing procedures. For instance, NJCREAMM expressly permits employers to require a drug test on reasonable suspicion of an employee’s usage of marijuana while performing work responsibilities, or if they observe signs of intoxication related to cannabis use. The law, however, places stringent requirements on testing procedures, including requiring the test be based on “scientifically reliable objective testing methods and procedures, such as testing of blood, urine, or saliva,” and it must include “a physical evaluation” (to determine an employee’s state of impairment) that is done by an individual certified as a “Workplace Impairment Recognition Expert.”

In certain states or localities, recreational marijuana use laws may also affect an employer’s ability to conduct pre-employment drug testing and/or take adverse actions because a candidate tested positive. The City of Philadelphia is the latest to pass a law (effective January 1, 2022) to prohibit employers from requiring prospective employees to undergo testing for the presence of marijuana as a condition of employment. Although New York’s MRT Act does not explicitly address employers’ ability to conduct pre-employment drug screening, it makes it unlawful for an employer to refuse to hire a job applicant because of his/her legal use of cannabis, essentially restricting an employer’s ability to reject an applicant merely because s/he tested positive for cannabis. New York City employers, of course, have already been prohibited from conducting pre-employment drug testing for marijuana since May 10, 2020, with certain exceptions.

In addition to state and local laws, employers must also be mindful of relevant federal laws (e.g., the Americans with Disabilities Act) which may need to be considered when determining whether to conduct drug testing of applicants or employees.

Next Steps for Employers

Recreational marijuana use laws are nuanced, complex, and relatively new.  Employers in states that have recently legalized recreational marijuana use should ensure they understand the nuances of the specific law in their state, and review their employment policies related to pre-employment drug screening, workplace drug use and drug testing, including establishing a framework so proper steps may be followed if there is a reasonable suspicion that an employee is working under the influence of marijuana. Employers in these states should also train and prepare frontline managers/supervisors so that they implement these policies consistent with the new laws and do not inadvertently create liability for their employers.

If you have any questions about this topic, please contact the authors Zev Singer and Keli Liu, or your personal Greenwald Doherty contact.