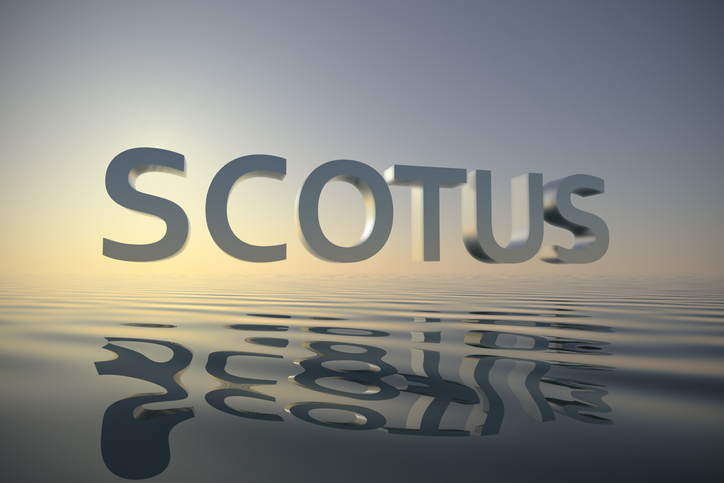 The Supreme Court’s 2021-2022 term, which ran from October 4, 2021 through June 30, 2022, has ended and a number of key cases may impact employers.  Below is a summary of these cases and the issues clients have been asking about.

Many employers require employees to sign arbitration agreements so that any employment-related disputes that arise would be resolved through arbitration, rather than lengthy and costly litigation.  Arbitration provides for: (i) increased confidentiality, (ii) the ability to prevent or limit exposure to expensive class, collective, or representative actions, (iii) a faster, streamlined process for resolution (usually), and (iv) potentially lesser defense costs. Clients frequently have concerns regarding the use of such agreements in multiple jurisdictions with potentially conflicting laws.  Thankfully, the Supreme Court’s recent decision in Viking River Cruises, Inc. v. Angie Moriana simplifies the matter of state law compliance to a significant degree.

In Viking, the Court considered an arbitration agreement containing a waiver of the employee’s ability to maintain a claim as a representative of multiple as-of-yet unnamed and unidentified other employees under a California law.  California prohibited the enforcement of such waivers.  The Supreme Court decision invalidated that portion of the California law prohibiting representational claim waivers, finding the state law was preempted by the Federal Arbitration Act (“FAA”), which favors arbitration.   This decision thus protects an employer’s ability to have employees agree to arbitrate claims on an individual basis, only.   The Court’s decision assists multi-jurisdictional employers by potentially limiting, to some extent, the compliance burden of maintaining an arbitration program under multiple state laws.  Employers likely can now rely on the rights protected by the FAA, regardless of contrary state law.  Consult with legal counsel to discuss how this might apply to your business.

Arbitration in the Transportation Industry:

Employers in the transportation industry may also be interested in another Court decision from this term.  While the FAA may provide protections for arbitration programs in most industries, it does not apply to transportation workers directly involved in transporting goods across state or international borders.  In Southwest Airlines Co., v. Latrice Saxon, the Court clarified that certain supervisors for Southwest Airlines were transportation workers engaged in foreign or interstate commerce and, therefore, not covered by the protections of the FAA.  As a result, the arbitration agreement in that case was not enforced, and the former employee was permitted to continue with her putative class action.  Similarly situated employers may face a considerable hurdle, or even bar, to enacting an enforceable arbitration program.

In the wake of the Court’s holding that the U.S. Constitution does not confer a right to abortion, employers have inquired about various policy responses intended to assist employees.  These generally take the form of assistance or reimbursement programs intended to allow individuals (employees as well as their dependents) to travel to receive reproductive care and/or abortions.  Potential concerns for employers interested in adopting assistance or reimbursement plans run the gamut from liability for aiding and abetting others (potentially violating state laws) through to (comparatively mundane) tax and benefits law compliance issues.  Further, privacy concerns abound whenever employers begin collecting sensitive, protected employee health information.  We strongly recommend consulting with legal counsel before implementing such plans and to follow legal and legislative developments closely.

The final issue that has resulted in considerable concern from clients relates to the Court’s decision in New York State Rifle & Pistol Association, Inc., et al. v. Kevin P. Bruen, in His Official Capacity as Superintendent of New York State Police, et al.  Clients have asked how this decision impacts their ability to regulate or control firearms on their premises – and the short answer is that it does not.  The case that the Court considered involved a narrow issue relating to New York’s requirements for an individual to receive a concealed carry license from the state.  It did not consider, or address, employer rights or workplace violence policies that prohibit firearms at work.  As a result, New York employers do not need to modify their policies and may continue to limit employee possession of guns at work

For more information about these or other employment law topics, please contact the authors Devora L. Lindeman and Ian M. Jones or your personal Greenwald Doherty attorney contact.